Mike Gausling is a serial entrepreneur and venture capital investor who has a strong financial, deal making, and operational background.

He has a bias to investing his time and energies with early stage technology entrepreneurs and to help them navigate the path from start-up to substantial exits. Everything is about funding and managing rapid growth and finding creative ways to maximize shareholder value.

Mike has sat on both sides of the table as an entrepreneur and as an investor. He also has extensive experience as a board member for numerous public and non-profit entities.

As an entrepreneur, Mike was a co-founder and former CEO of OraSure Technologies (www.orasure.com). During his tenure, he helped build the Company from a start-up to more than $50 million in annual sales and a market cap of more than $500 million over a 17 year period. The Company was best known for developing and securing FDA approval for the first rapid oral fluid HIV test in the world. During that time, Mike raised more than $100 million from angel investors, venture capitalists, public offerings, and commercial banks. Its angel investors enjoyed up to a 70x ROI and its venture capital investors enjoyed an 8x ROI.

As a venture capital investor, Mike was a co-founder and Managing Partner of Originate Ventures (www.originateventures.com). Originate is an early stage venture capital fund which invested in early stage and emerging growth technology companies. Since its inception in 2007, the Fund invested more than $44 million in 17 start-up companies. In most cases, Originate was the first institutional money in the deals and Mike served as a board member, mentor, and deal maker for many of those portfolio companies. To-date, the Fund has returned $142.5 million to its investors. Mike is the largest individual limited partner (“LP”) in the Fund and the vast majority of the Funds LP’s are qualified angel investors who had previous experience as angel investors with Mike, either directly or indirectly, from his tenure as a co-founder and former CEO of OraSure Technologies.

Mike has had many active C-level experiences as both a CEO and a board member in an interesting mix of private, public, and non-profit organizations. Public company experiences include OraSure Technologies (NADSAQ:OSUR) as its co-founder, CEO and Board member and at KNBT Bank (NASDAQ:KNBT), now BB&T Bank, as its Audit Chair and as a member of its Executive, Loan, and Compensation Committees.

In his role as a social entrepreneur, Mike has tried to leverage his skills as a financially oriented entrepreneur in game changing projects that have driven job creation, economic well being, sheltering, and food access in the local community. The most visible projects include his role as Chairman of Lehigh Valley Industrial Park (www.LVIP.org) and former Board member and Treasurer for the Community Action Committee of the Lehigh Valley (www.CACLV.org).

Shannon Morin has worked with Mike Gausling since November 1995, when she joined STC Technologies (now OraSure Technologies) as an Executive Assistant. Shannon brings more than 20 years of senior executive experience to One Putt Ventures.

While at OraSure, Shannon served as a tactical and strategic aide to the CEO and CFO of OraSure Technologies (NASDAQ:OSUR), where her responsibilities included coordination of all Board of Director and Executive Committee activities, administration of contracts, travel and administrative support leader, investor relations and the investor website.

Shannon’s tenure ended with OraSure when she joined Originate Ventures at its inception, in September of 2006, as Business Administrator. At Originate, in addition to the overall administrative management of the business, Shannon’s responsibilities include contract administration, investor relations, human resources, coordinating Advisory Board activities and annual investor meetings as well as overseeing all Victory Firehouse events. She also manages the web site and external communications, and guides property management.

Shannon attended CedarCrest College in Allentown, PA (1993-1995) with a Concentration in Business Administration. 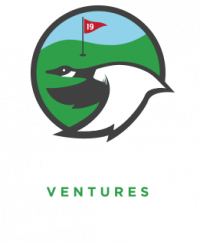